The visit of Prof. Primorac to Botswana 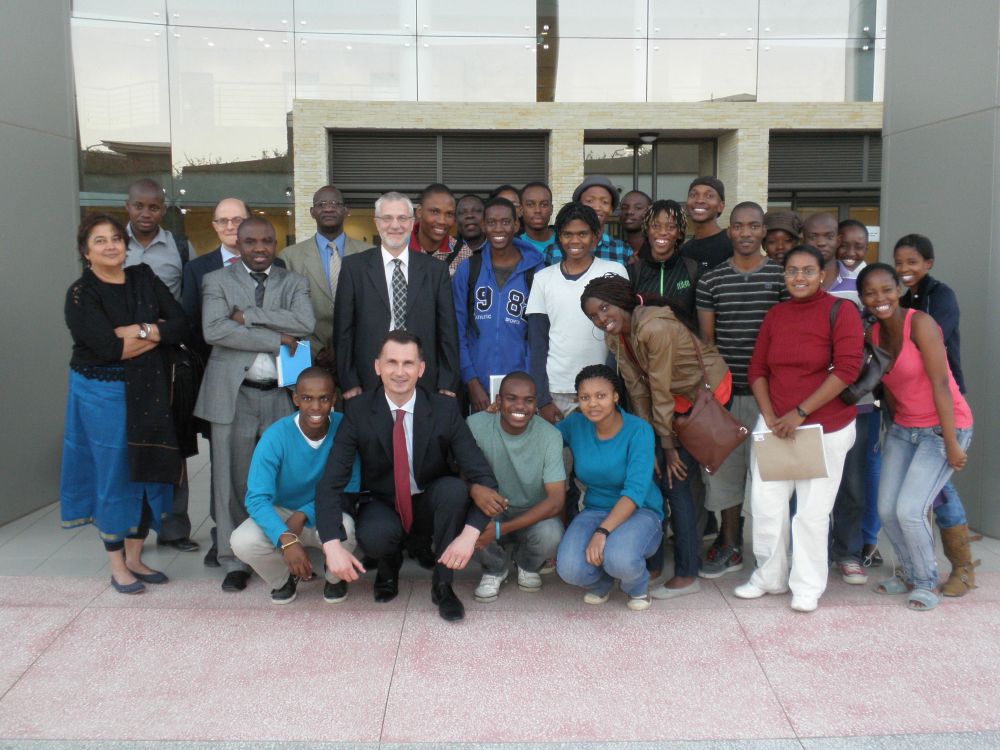 Prof. Dragan Primorac and his associates paid a working visit to Botswana. During his stay in Gaborone, the capital of Botswana, he had meetings with the ministers of health, Dr. John Seakgosinga, and of agriculture, Christiaan De Graaff, as well as with the deputy minister of science and education, Keletso Joseph Rakhuduom.

He also discussed the issues regarding development of forensic science and cooperation with Croatian and American experts with the top officials of State Police of Botswana and with director of the National Institute of Forensics. Since there is no forensic institute that would encompass all areas of modern forensics on the African continent, leaders of the police showed interest in developing such a center in Botswana. Hosts from Botswana are particularly interested in possible cooperation with the Croatian businessmen, the possibility of sending their students to study in the Republic of Croatia, the possibility for their doctors to obtain their specialization training in the Croatian health care institutions, the participation of Croatian teachers in teaching process in Botswana and in arranging visits of students from Croatian medical faculties to Botswana hospitals, etc. All the meetings were held in a very cordial and friendly atmosphere and Prof. Primorac has stated several times that he was deeply touched by the warmth and friendliness of the people from Botswana and that he is convinced that Botswana has a bright future.

Invited by Prof. Yohana JS Mashalla, Dean of Faculty of Health Sciences, University of Botswana, Prof. Primorac gave a lecture on the importance of education, innovation and new technologies in economic development. Following that Prof. Primorac was also invited to present a lecture in Princess Marina Hospital, a clinical facility treating the largest number of AIDS patients. The subject of the lecture was “Molecular diagnostics in clinical medicine with special emphasis on AIDS diagnostics”.

It is interesting that during an earlier visit of a Croatian delegation to Botswana, the rector of the University of Split, Prof. Ivan Pavic, and the Vice Chancellor of the University of Botswana Prof. Thabo Fako, agreed on finalized version of “Memorandum of Understanding” which opened road for the possibility of cooperation between the two universities, and the first signed and notarized version of the contract was presented to Prof. Primorac by Prof. Fako. The development of cooperation between Croatian and Botswana institutions is notably promoted by efforts of Prof. Branko Cavric, who has lived and worked in Botswana with his family for more than 20 years.

Botswana is one of the world’s fastest growing economies and is currently among the most developed African economies as well as the second largest exporter of diamonds in the world, next to South Africa. It is ranked 47th in size, but is abundant in deposits of gold, diamonds, uranium etc. Its per capita GDP amounts to more than $16,000 dollars and some of the world’s largest corporations are showing great interest in investing in the Botswana economy. One of the biggest challenges that Botswana faces today is a large number of AIDS (2006 data indicate the prevalence of adult HIV infected population in 14-49 year group is more than 24%, second only to Swaziland).