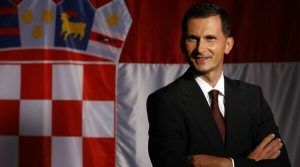 Prof. Primorac was a member of the Cabinet of the Republic of Croatia in the capacity of the Minister of Science, Education and Sports from December 2003 to July 2009. During his mandate, strategic documents such as the Education Sector Development Plan 2005 – 2010 and the Science and Technology Policy 2006 – 2010 were prepared and subsequently adopted by the Government. The implementation of these two documents has been supported by the World Bank loan in the amount of €68 million (education) and €31 million (science and technology). Pursuant to these documents and with the view of creating a knowledge-based society and creating the most competitive science and education sector in this part of Europe, a series of various reform processes have been initiated across the education sector, including the introduction of the Croatian National Education Standard national exams introduction of that have since 2006 been implemented in secondary schools and since 2007 in primary schools as a system of external evaluation of education and harmonization of students achievements; introduction of the State Matura – the state exit exam that student will take in 2010 at the end of their secondary school education; extending compulsory education which is one of the most demanding and most important projects for the Republic of Croatia, aimed at decreasing the number of students without the secondary school degree and opening the door to further education, thus increasing their employment opportunities. Within the National Programme of Measures for the Implementation of Compulsory Secondary Education, a series of incentives, such as free textbooks, free transport and housing in student dormitories have been offered to make secondary education accessible to everyone. Other projects include: restructuring of vocational education which resulted in a reduced number of educative vocational sectors from 33 to 14, and the number of vocational programmes from 330 to 199; the school construction project, within which over 350 school objects were built, reconstructed or adapted with the funds from the development programs EIB II and CEB I, as well as the World Bank loan, state budget and decentralized funds and the goal of which was to achieve a balanced development of all regions. which after a successful experimental implementation was introduced in all elementary schools in the school year 2006/2007.

In the domain of higher education, the Bologna Process has been introduced and study programmes have successfully been restructured based on the Bologna Model, systems for quality assurance and recognition of foreign educational qualifications have been introduced, thus making Croatia a part of the European Higher Education Area and Croatian diplomas equivalent to European ones. As stated in the follow-up report on the Bologna Process on the 46 countries, Croatia has made exceptional progress, which is evident from the average mark of 4.1, and the maximum mark, 5, which Croatia was awarded in even five out of the twelve evaluated areas. The size of the progress Croatia has made is evident if we consider the fact that only two years ago, at the last ministerial conference in Bergen, Croatia was graded with the average mark 3. Another project was the construction of university campuses for which loans in the amount €420 million were approved and within which, since 2004, facilities of around 320,000 m2 floor surface have been or are being constructed within the higher education system. The long-awaited student dormitories construction began and is to provide over 5,000 new beds across the country; foundation of higher education institutions that resulted with one new university and faculty, and 6 polytechnics (in Knin, Vukovar, Slavonski Brod, Gospić and Čakovec) and a school of professional higher education in Virovitca. The share of the population with a higher education degree at the age between 25 and 64 in the overall population in 2008 was estimated at 18.5%. With continued investment into the education system, Croatia will have reached the level of 20% of higher education graduates by 2011.

Recognizing the importance of IT in creation of a knowledge-based society, the Ministry set into motion the computerization of schools, providing all head primary schools and all secondary schools with at least one computer classroom with Internet access. Furthermore, 650 school libraries, 700 branch primary schools, all staffrooms, and all secondary student dormitories have been supplied with computers and internet access and all scientific institutes, higher education institutions and student dormitories have been connected to the CARNet network at an access speed of 10 gigabytes. The CarNet network provides Croatian education and research community with access to the GÉANT network.

Within the area of science project for the return of Croatian scientists from abroad was started and since 2004 over 120 scientists have returned to Croatia. The programme Unity through Knowledge yielded approximately 40 competitive research projects with returnee and Diaspora (Croatian professionals working abroad) participation (investment of roughly €2million). National Science Foundation initiated 17 projects for returnees and guests from abroad. The evaluation of scientific projects has since 2006 significantly improved with the view of becoming harmonized with the EU standards, and with the recently enacted Amendments and Supplements to the Act on Foundation for Science, Higher Education and Technological Development, project funding has been completely separated from the institutional financing. With the aim of further improving the quality of Croatian science and education system through cooperation with the best in these fields Croatia has forged closer links and created partnerships with the EU and other countries in the world. Croatia has already established cooperation with India, the USA, Israel, and Japan. In 2007, Croatia and India signed a joint declaration confirming mutual interest in further cooperation and established a joint fund for the development of scientific and technological projects. Similarly, Croatia signed an agreement with Israel in 2007 for a joint research fund. Scientific cooperation between Japan and Croatia has been further strengthened by the Memorandum on the cooperation in the field of education, sports, science, and technology, signed in March this year. Also, Croatia has an excellent cooperation with American National Institutes of Health in 5 bilateral projects of Croatian and US scientists (3 in progress). The Letter of Intent between the National Institutes of Health and the Ministry of Science, Education and Sports of the Republic of Croatia was signed on September 2, 2008 and the Memorandum of Understanding between Croatian Ministry of Science, Education and Sports, the Ministry of Health and Social Welfare and the U.S. National Cancer Institute (NCI) is in preparation. This Memorandum will open the door to cooperation in the field of health and bio-medical sciences; with a particular focus on cancer research.

Negotiations for Chapter 25 Science and Research were opened and closed on 12 June 2006, while negotiations for Chapter 26 Education and Culture were opened and closed on 11 December 2006, since the important issues had been resolved in the course of screening. During the negotiations the European Commission decided that Croatian policy in the areas of science and research is developing in the same direction as the science and research policy of the European Union, and that Croatian scientific research capacities are developed enough to participate in the European Union programmes. Also, a high degree of harmonization was confirmed between the Croatian education system and those in other European countries. Croatia became the full member of the most important EU program for science and technology, 6th, that is, 7th Framework Programme. Further evidence of Croatia’s commitment to establishing a knowledge-based society can be found in the European Commission’s Croatia 2008 Progress Report, which confirmed good progress Croatia made in implementation of the obligations it assumed under chapters 25 and 26. Good progress was also reported regarding Croatia’s participation in the 7th Framework Programme for Research and Technological Development, demonstrating Croatia’s increased absorption capacity for participation in the EU programmes. According to the most recent European Commission figures, within the 7th Framework Programme Croatian scientists have absorbed approximately €18 million through their participation in FP7, representing the success rate of 18% (applied – approved projects ratio), bringing Croatia very close to the EU average of 19.6%.

Implementation of the above mentioned reforms with the goal of improving the quality of the entire education system requires, except for the capital investments mentioned, investments into human resources. Thus, within the science and education system over 9,500 new jobs have been created since 2004, and the Ministry’s budget in the same period has increased by 56% (€595.6 million). In addition, loans in the amount €420 million have been approved for the construction of university campuses. (see Overview of Achievements 2004 – 2007)

From 2004 to 2009, eight new institutions were founded and two reorganized (Education and Teacher Training Agency, Agency for Vocational Education and Training,National Centre for External Evaluation of Education, Agency for Science and Higher Education and Agency for Adult Education. Agency for Mobility and EU programs, Croatian Institute of Technology – HIT ltd., Karst Centre, Croatian Accreditation Agency, Croatian Standards Institute). An overview of the development, monitoring and evaluation of the science and education sector carried out by independent and specialized institutions and bodies was necessary for enhancing the system management and for bringing it closer to the EU member state practice.

To facilitate the implementation of these reforms and to improve their legal framework, a number of new regulations have been enacted, including the Act on Primary and Secondary Education, which brings novelties such as licenses for teachers, promotion of teachers, expert associates and principals and the Act on Vocational Education which defines the activities of vocational education for acquiring basic and vocational competencies for obtaining qualifications needed for the labour market and further education in line with the EU standards. Two strategies have been drafted – Strategy for the Development of Vocational Education 2008 – 2013 and the Strategy for Adult Education. After 20 years, the National Pedagogical Standards (for preschool, primary and secondary school) were drafted, laying a solid ground for the development of education activities. In the final phase is the drafting of the National Curriculum Framework which defines the educational values and goals, competencies to be acquired on the pre-school, primary and secondary school level, the general and vocational education areas and the standards to be met by the agents of education (pre-school, primary and secondary school teachers of general and vocational subjects).