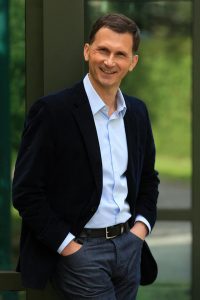 Prof. Dragan Primorac is a pediatrician, forensic expert, and geneticist. Professor Primorac is the first recipient of the title “Global Penn State University Ambassador”. Currently, he serves as the Chair of the International Affairs Committee of the American Academy of Forensic Sciences and as professor at Eberly College of Science, The Pennsylvania State University and Henry C. Lee College of Criminal Justice and Forensic Sciences, University of New Haven, in the United States and as professor at Medical Schools in Split, Rijeka and Osijek as well as at Department of Biotechnology, University of Rijeka, in Croatia. In October of 2016. he was appointed as a visiting professor at the College of Medicine and Forensics, Xi’an Jiaotong University, People’s Republic of China.

He authored two hundred and fifty scientific papers and abstracts. He also authored chapters in 20 books. Prof. Primorac was invited speaker at 120 conferences all around the world. His work was published in most cited journals, including Science and Nature, and his papers have been cited 5100 times (Google Scholar) while h-index is 31. He was mentoring 11 Ph.D. students and two students during their master’s degree process.

Currently, he is a pioneering application of the personalized medicine paradigm in clinical practice.  His interests are in the field of personalized medicine, genetics, metabolic bone and cartilage disorders, regenerative medicine, population genetics, etc. He led many scientific projects, including the EU FP7 project entitled “Multi-dimensional OMICS approach to stratification of patients with low back pain,” worth 7.6 million euros (a team leader of the Croatian partner in the international consortium). Besides, he was one of the pioneers in DNA identification of skeletal human remains found in mass graves.

Prof. Primorac received 21 domestic and international awards. In 2015. Prof. Primorac received state decoration “The Order of Croatian Star with the Effigy of Ruđer Bošković“ for his extraordinary achievements in science. In 2018. he was decorated with the state decoration “The Order of Ante Starčević” for his extraordinary achievements in the field of science, education and politics, as well as for his contributions to the development of the Republic of Croatia. He is currently an honorary citizen of five cities in and outside of Croatia. Several renowned media outlets, both electronic and print, have reported on the results of his work, such as The New York Times, USA Today, Chicago Tribune, Hartford Courant, Wall Street International, Fair Observer, JAMA, Lancet, Science, NBC, Channel 8 (Connecticut TV Station), Večer (Slovenia), Kleine Zeitung (Austria), Haaretz (Israel), Die Presse (Austria) and almost all local and regional press.

From 2003 to 2009 he served as Minister of Science, Education and Sports of The Republic of Croatia. According to the International Republican Institute survey of October 1, 2007, he was rated as the most successful minister in the Croatian Government with 31% approval rate. The award for numerous efforts made by minister Primorac and his team on the Croatian educational system was the survey of the Newsweek (August 16, 2010) which rated Croatian education system 22nd in the World, ahead of 12 countries from the G20 group.

Prof. Primorac was a Tae Kwon Do Vice-Champion of ex-Yugoslavia and he is the founder and the president of the first WTF Taekwondo club in the Southern Croatia. In 2012., Prof. Dragan Primorac was honored as part of The Imperium Hall of Fame of Martial Arts while in 2015. he was inducted into the Taekwondo Hall of Fame based in the United States.