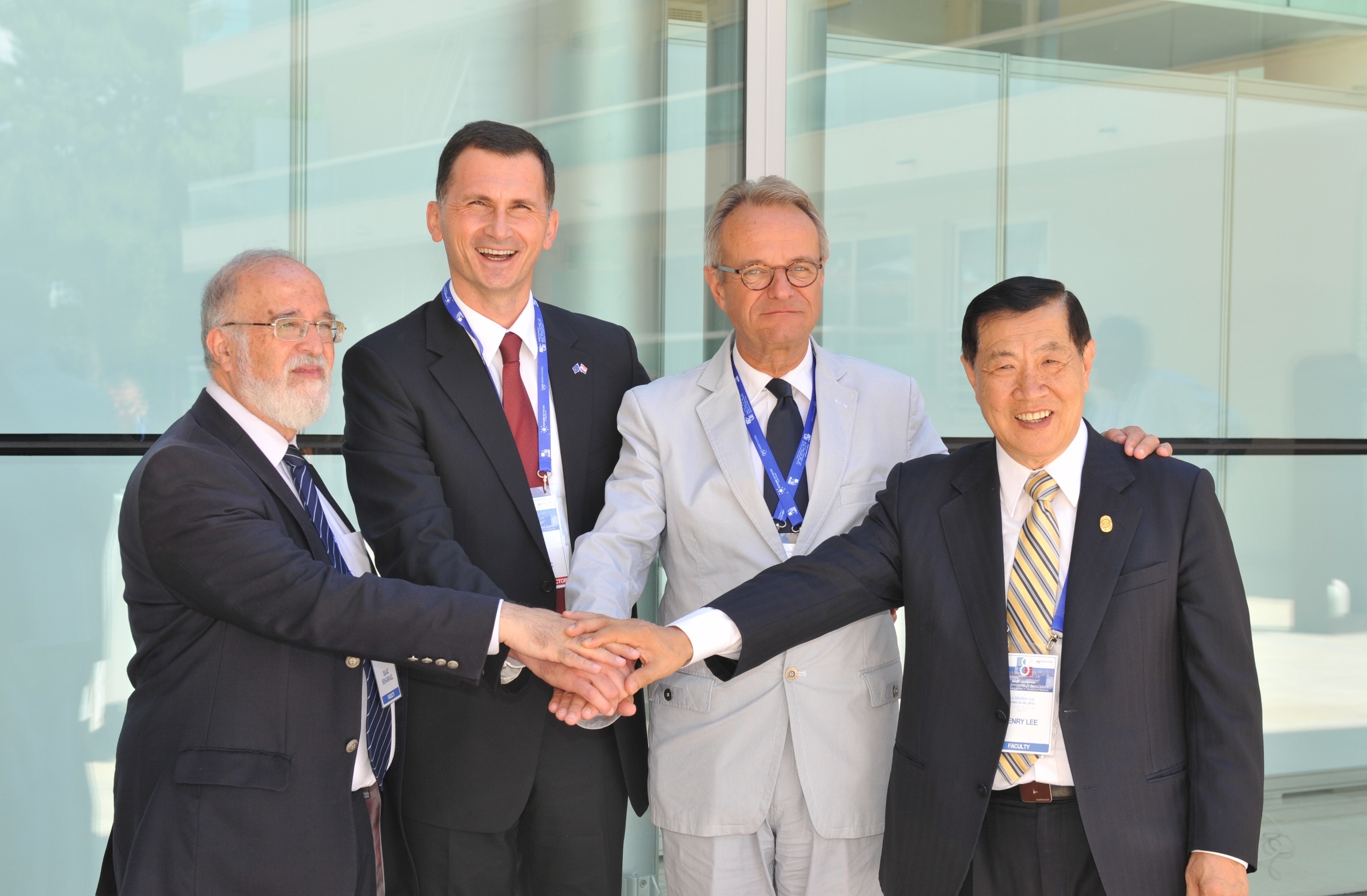 Split, June 25th 2013. – global scientific congress in the areas of forensic sciences, anthropology and molecular medicine „8th ISABS Conference in Forensic, Anthropologic and Medical Genetics and Mayo Clinic Lectures in Translational Medicine“ was officially opened today at the Le Méridien Lav hotel in Split. This biannual congress was founded by prof.dr. Dragan Primorac, prof.dr. Moses Schanfield and prof.dr. Stanimir Vuk-Pavlović. In his opening statement, prof.dr. Primorac said that ISABS has become one of the most recognisable scientific brands which greatly contributed to Croatia’s collaboration with some of the world’s top science institutions and experts. In the presence of more than 500 participants and 80 invited lecturers from 45 countries, including Nobel Prize laureates prof. dr. Ada Yonath (Weizmann Institute of Science), prof.dr. Aaron Ciechanover (Technion) and prof.dr. Robert Huber (Max Planck Institute of Biochemistry), congress was officially opened by the chief of the EU delegation in Croatia Paul Vandoren who stated: „ Croatia worked hard over the last 10 years in order to prepare for the entry into the European family“. Vandoren received a standing ovation when he finished his address by saying: „ Congratulations Croatia, welcome Croatia, good luck Croatia! “

Many distinguished guests attended the opening ceremony including the newly appointed Mayor of Split Ivo Baldasar, deputy County prefect of Split-Dalmatia County Ante Šošić, prof.dr. Željko Horvatić  president of the Croatian Academy of Legal Sciences, presidents of County courts in Zagreb and Split Ivan Turudić and Marijan Miletić, vice-rector of the University of Split Branka Ramljak, Ambassador of Israel Yossi Amrani and many others.

Great interest was shown for the lecture by Christopher Asplen, former Assistant U.S. Attorney who introduced DNA analysis to the US legal system. Asplen talked about the rapid development of DNA technology and presented the „rapid DNA“method which will be implemented by the police and which is currently in its experimental phase. This method will give the DNA analysis of suspects in 60 to 90 minutes which will significantly speed up all investigations and reduce costs since the analyses will no longer be performed in laboratories, instead they will be conducted in police stations. Asplen expressed his wish for Croatia to become a part of the validation process from the start and hence become one of the first countries in the world to use the „rapid DNA“analysis method. Israeli army general, advisor to the former Israeli prime minister Netanyahu and the president of the Israeli Space Agency  Isaac Ben Israel in his opening lecture talked about „cyber crime“, greatest threat to global security, while the leading U.S forensic expert prof.dr. Henry Lee discussed the most famous cases he worked on in his 50-year career. Conference will finish in Split on Friday, June 28th.