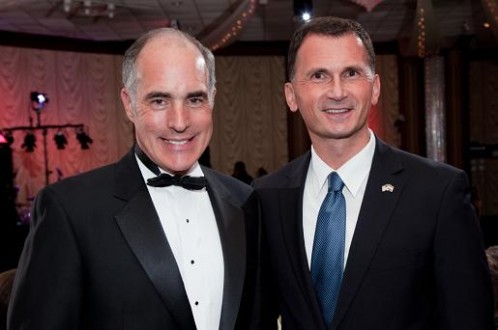 One of the most influential U.S. senators, a member of the National Security Working Group and a co-chair of the Weapons of Mass Destruction and Terrorism Caucus of the U.S. Senate, met in New Jersey with Prof. Dragan Primorac. Bob Casey is the U.S. Senator for Pennsylvania, which is home to Penn State University, one of the biggest U.S. universities where prof. Dragan Primorac is professor at the School of Forensic Science. Senator Casey will be the next few days with colleagues in Washington to discuss a possible American intervention in Syria, on which the decision will eventually be made by U.S. President Barack Obama.