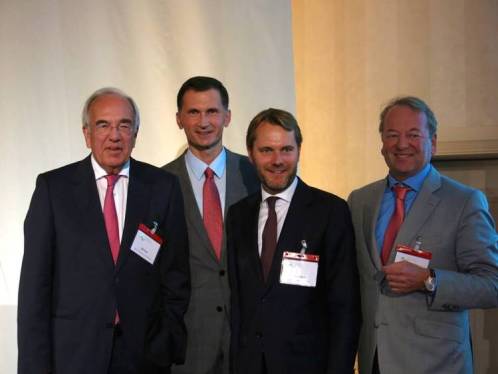 One of the Europe’s most important medical congresses, the “13 Europäischer Gesundheitskongress” took place between the 30 September and 1 October 2014 in Munich with the Republic of Croatia as Germany’s partner state. The topic on the agenda of the congress was healthcare as the foundations of economic development. Germany and EU Member States leading healthcare figures worked closely together on the congress. The presentation of St. Catherine Specialty Hospital attracted exceptional attention, the hospital being one of the European centres of excellence with substantial German capital support.

During the congress Daniel Bahr, former German Federal Minister of Health who stepped down only recently to become healthcare field advisor for the US Government, met Professor Dragan Primorac. Professor Primorac held a lecture before a packed convention centre hall about the importance of forensic science in the fight against organized crime. After the lecture, Professor Primorac met with Senator Ulf Fink, one of the most influential figures of the German healthcare system and invited the Senator to visit Croatia.