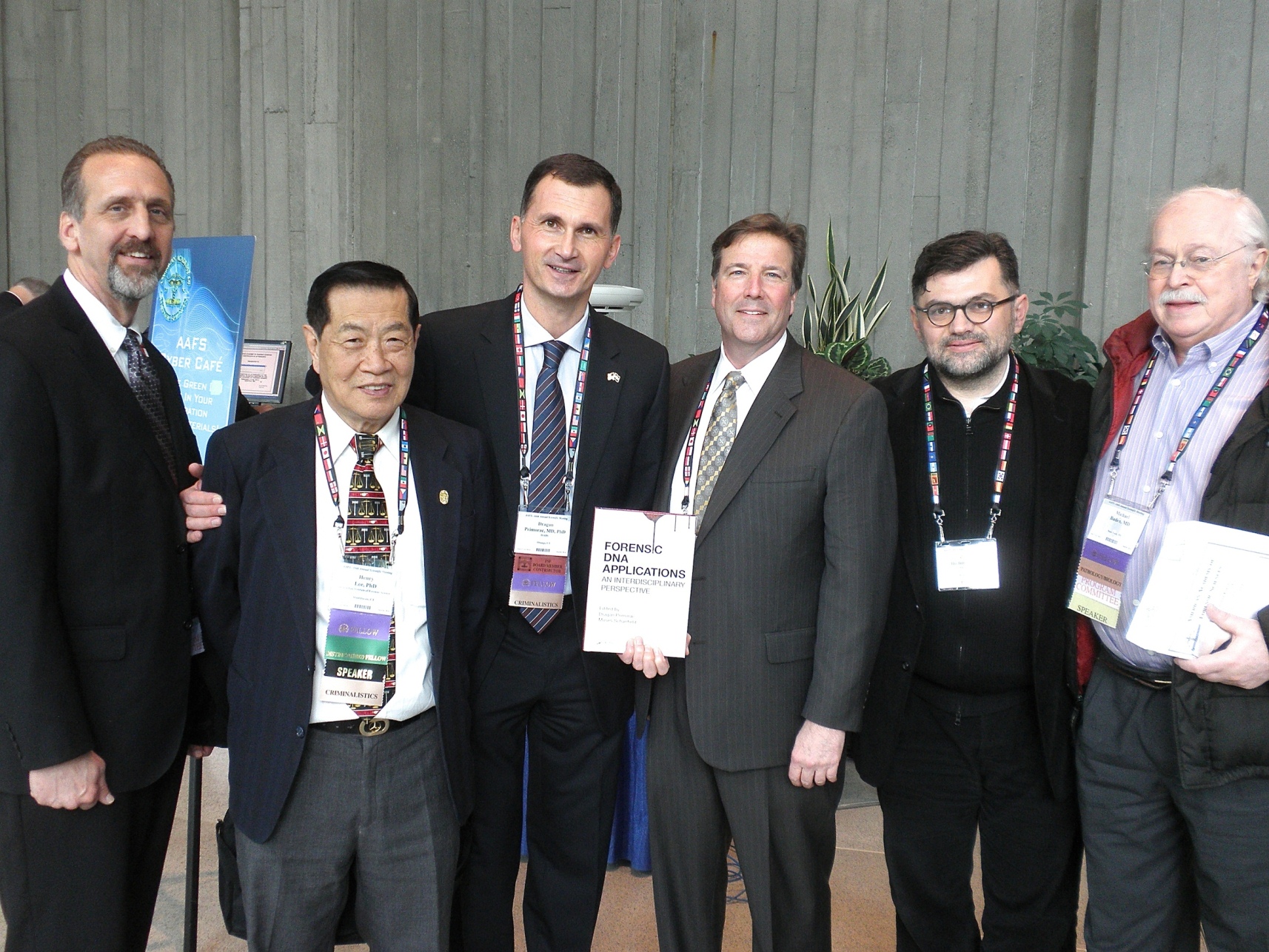 On February 19 and 20, 2014, in Seattle, WA, Professor Dragan Primorac presented his book “Forensic DNA Applications: An Interdisciplinary Perspective” at the annual meeting of the American Academy of Forensic Sciences, an organization containing some 8,000 leading U.S. forensic professionals. Invited by Professor Primorac, 51 authors from 9 countries (from the U.S. to Australia), almost the entire world’s pool of leading authorities in the covered disciplines, took part.

The book describes in detail for the first time, some of the most important cases in the U.S., including, the “World Trade Center Remains Identification Project.” It is also the first book in forensic science to comprehensively deal with the issues of molecular anthropology and “forensic” investigation of origins of nations.

According to the promoters, the book is intended to be used by judges, lawyers, police, military, the FBI, any agencies involved in national security, and the academic community. The book is to be presented at Pennsylvania State University and the University of New Haven.

According to the U.S. experts who attended, the new book will have a major impact on both daily practice and the development of interdisciplinary cooperation between the courts, the police and the State Attorney’s Office.

Professor Robert E. Gaensslen, Ph.D.,  of the University of Illinois, Chicago, editor of the world’s leading journal of Forensic Sciences and one of the most distinguished American scholars in the field, wrote in his review, “This is the most comprehensive book published in the U.S. to date, in the field of forensic DNA analysis.”

Dr. Professor Primorac stated, “This book is the result of an enormous effort by the world’s leading forensic experts, all of whom wanted to see the most relevant disciplines of forensic DNA analysis, from crime scene procedures to the courtroom, in one place.

Since all reviews have been exceptionally positive, book promotion events from the U.S. to Australia have been announced. I am happy that the book will have a major role in the promotion of the Republic of Croatia and its institutions, particularly those with a forensic science focus, as they definitely stand among the leading institutions of the world.”