Prof. Primorac with Prof. Mitchell Holland at the University of Penn State 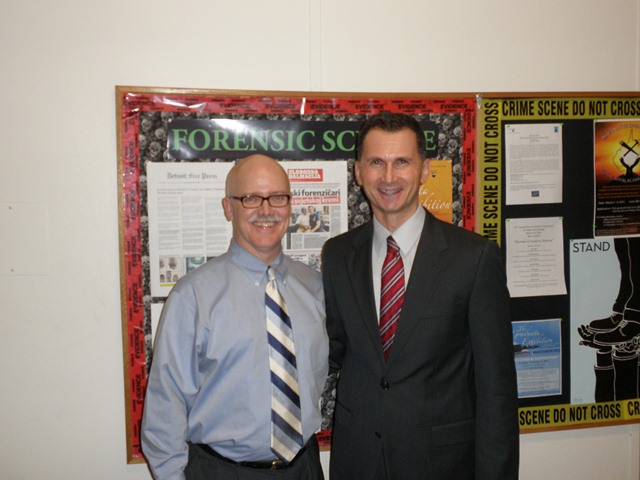 Professor Primorac met today with one of America’s leading forensic scientists and until former director of the Armed Forces Institute of Pathology Professor Mitchell Holland, who currently serves as Head of the Forensic department at Penn State University. Professor Holland worked on many cases that brought him worldwide fame such as the identification of U.S. troops from the wars in Vietnam and Korea, the identification of the Russian imperial Romanov family, the identification of victims of the terrorist attacks on the World Trade Center, etc. Professor Primorac had also a very interesting meeting with Professor George Milner, Head of the Department of Anthropology at Penn State University, currently the No. 1 anthropological institution at the university level in the United States.