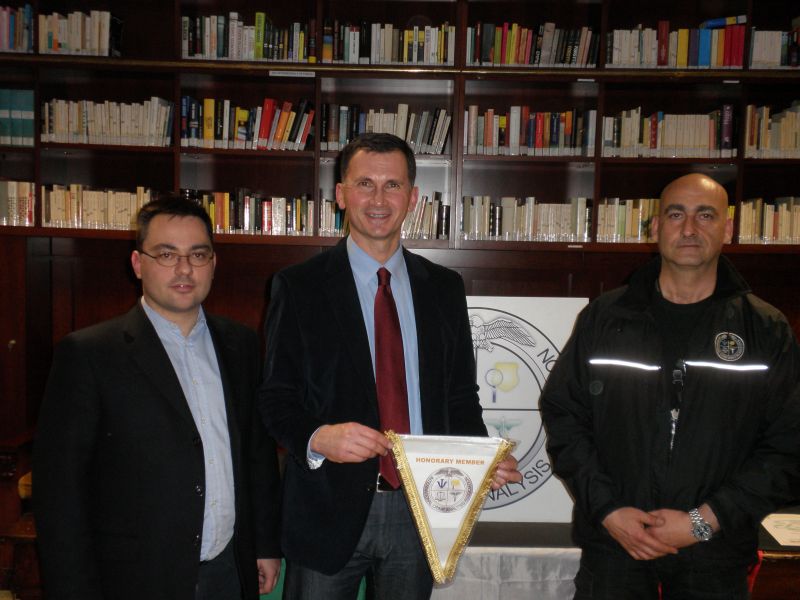 During the annual conference of the International Crime Analysis Association in Castel Ritaldi, Italy (March 24-26, 2012) the director in the Italian State Police and the president of the International Crime Analysis Association Prof. Marco Strano announced that Prof. Dragan Primorac was named Honorary member of this prestigious Association which gathers more than 8.000 forensic experts from all over the World. Prof. Primorac was given this honor because of his exceptional efforts in the development of forensic science in the world, especially in the field of  forensic DNA analysis.