Penn State Establish Partnership with the University of Split 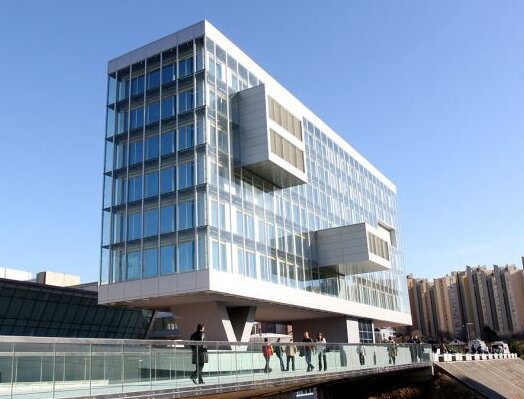 1 December 2011 — The Eberly College of Science at Penn State University, in conjunction with its Forensic Science Program, has established a partnership program with the University of Split in Croatia to expand educational opportunities for undergraduate and graduate students and to encourage relationships between the faculties of the two universities. The new partnership will facilitate student exchange programs; faculty exchanges; joint research projects; educational programs in forensic science and other scientific disciplines; faculty development; and the exchange of scientific materials, publications, and information.

“We are delighted and proud to be a part of this agreement,” said Mitchell Holland, associate professor of biochemistry and molecular biology and director of the Forensic Science Program. “The University of Split is emerging as one of the strongest academic institutions in eastern Europe, and Croatia likely will join the European Union soon, opening the door for future development of their beautiful country.” Penn State’s Vice-Provost for Global Programs Michael Adewumi said, “The agreement with the University of Split is another important step in realizing the importance of collaboration in finding solutions to the world’s great problems. We are pleased to see this signature program in forensics recognized internationally.”

Representing the University of Split in the new partnership is Dragan Primorac, who recently became an adjunct associate professor of forensic science at Penn State. Primorac also is a faculty member at both the University of Split and the University of Osijek in Croatia, where he teaches genetics, forensic science, and pediatric medicine. In addition to performing research, practicing medicine, and teaching, Primorac served as Minister of Science, Education, and Sports for the Croatian government from 2003 to 2009. “I applaud the strong vision and leadership provided by Professors Mitch Holland of Penn State and Dragan Primorac of Split,” Adewumi said.

Professors in the Forensic Science Program have appointments in a number of Penn State’s academic departments, including biochemistry and molecular biology, anthropology, chemistry, and statistics. Through Penn State’s Eberly College of Science, students can earn a bachelor-of-science degree in forensic science, with a focus in either biology or chemistry. The college also offers a master-of-professional-studies degree in forensic science. More information about the Penn State Forensic Science Program is online at www.forensics.psu.edu. In addition, students can participate in several on-campus forensic-science organizations, including the Forensic Chemistry Research Group and the Penn State Forensic Science Club.

The University of Split, which is located in Split, Croatia, offers a master’s degree in forensic science. The program, which enrolls about 90 students per academic year, grew significantly after the Homeland War, from 1991 to 1995, when Croatian forensic scientists took active roles in the identification of war victims from mass graves. The program at the University of Split offers courses in crime-scene investigation, forensic chemistry, financial forensic accounting, and molecular biology.