Dr. Primorac: It is ill-advised to cut spending on education 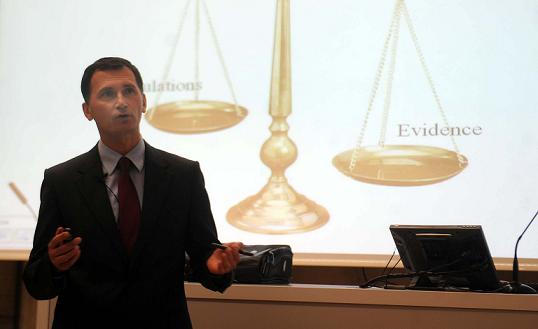 Education budget cuts in the last two years are puzzling. The spending on education rose six billion kuna when I was in office – pointed out Dr. Primorac

Croatia is more than just Zagreb and every university needs to be equally funded so the country would benefit from balanced development and the young from Dalmatia, Slavonia or Primorje would not have to migrate. Please remember that there were only 8.000 students in the City of Split at the time I started my ministerial office, while there are roughly 26.000 of them now, including the staff. Similar results are seen in Osijek or Rijeka, University of Zagreb came to possession of a huge complex in Borongaj, other Universities were systematically developed and six new Universities, from Knin to Vukovar, have been established. Unfortunately, it is completely unclear why has the government budget for science and education dropped for almost two billion kuna in the last two years. While I was in the office, the trend was the opposite. The budget that I found when I came to the ministry was the one from 2003 and it amounted to seven billion, while we pushed it up to record thirteen billion in 2009. When education lacks funding it is bound to fail – stated Professor Dragan Primorac, ex-minister of Education, Science and Sports, whose ministerial legacy are great steps forward made by Croatian education system.

Those statements are not just empty words, but they are supported by research published by one of the world’s leading magazines, Newsweek.

– Newsweek, leading U.S. magazine, ranked Croatia above superpowers. According to a survey conducted by international team of scientists in 2010 and published by Newsweek, Croatian education system was ranked 22, above USA, Italy, Greece, Norway, Portugal, Spain, Israel and many other countries. Of all the countries in the region, only Austria achieved results comparable to Croatian. Dr Primorac also mentioned that there’s another significant indicator – Croatian education is more effective than education of 12 G-20 countries. He further added:

– Education policy is above policies of individual political parties and that was my motto when I was in the office. I can tell that minister Jovanović shares my opinion to some extent. According to media, he announced that the ministry will continue working on state graduation project, curriculum reform, free education, and bringing science and industry closer. He should be supported in those efforts.

According to Dr Primorac, key steps for successful completion of the reforms in progress need to ensure the following:

– The budget for education must be increased at least 10% year over year despite the crisis. The effects of education budget cuts are not detected immediately, but huge consequences appear after 5-10 years.

– State graduation needs to include elementary schools graduation to tackle hyperinflation of a-graders.