‘Croatian Heart for Knin’ Was a Major Success 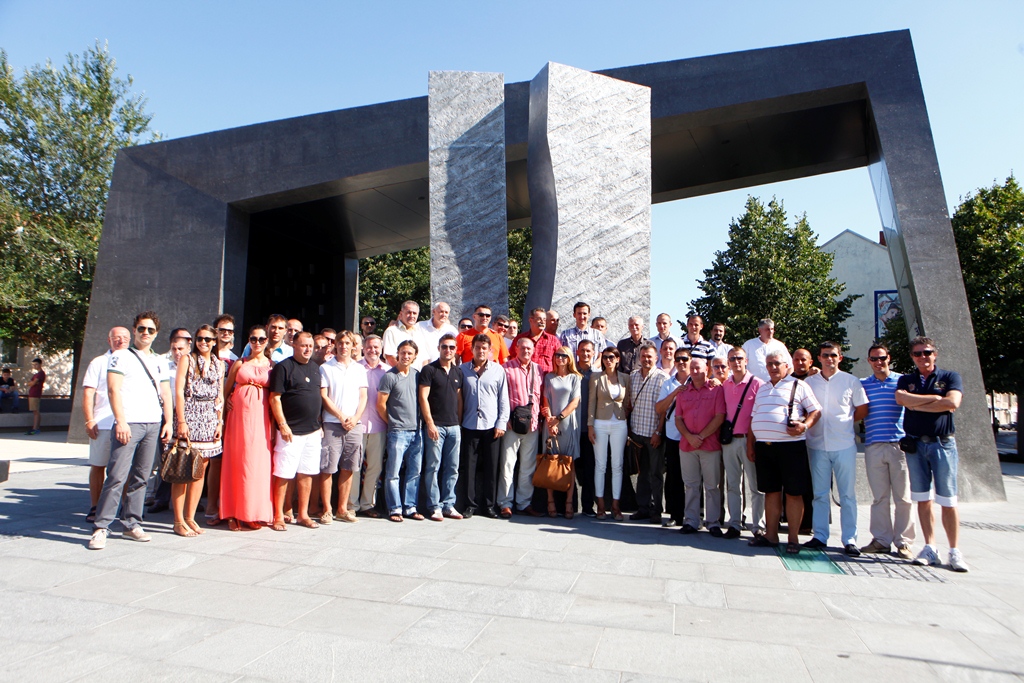 On the eve of Victory and Homeland Thanksgiving Day and the Day of Croatian Defenders, the soccer team representing the Croatian CRO UNUM Charity and the joint team involving members of the Veterans’ Associations of the 4th and the 7th Guards Brigades – Pumas, met in an exhibition match on the packed home stadium of Knin’s local soccer club “Dinara”.

Before the charity match kicked off, Đani Stipaničev performed the official anthem of the CRO UNUM Society, a song titled “I Love you Croatia” accompanied by a singing stadium crowd and to the great delight of the gathered spectators. The rest of the program featured performances by Mate Bulić and Goran Karan.

Before the start of the second half of the match, Croatian President Ivo Josipović, CRO UNUM President Dragan Primorac and the Mayor of the City of Knin Josipa Rimac handed over a donation check of 50,000 kn for the benefit of the Association of Disabled “Saint Bartholomew” and their construction project for a new day center facility for their members. The check was received on behalf of the association by its president, Mr Josip Blažević, and Mr Vlado Arežina, the president of the steering committee of the association.

During the match abundant with exceptionally appealing and attractive moves of the fielded teams, Prof Dragan Primorac and retired general Damir Krstičević swapped their jerseys.

The match event had a special guest in Paul Vandoren, Head of the Delegation of the European Union to the Republic of Croatia, who was presented with the City of Knin Award by Josipa Rimac, the mayor of the City. Apart from Mr Vandoren, the event had another particularly dear guest who was invited by the CRO UNUM Charity, Ashley Colburn, a young and already successful American producer and author of many documentaries and series covering world’s finest tourist destinations, who had received an Emmy for her ‘WOW Croatia’ documentary viewed in more than 20 million American homes. Performing the ceremonial first kick she kicked off the second half of the match, which ultimately culminated in a 1:1 score.

CRO UNUM team was joined by many celebrities and notables such as Ivo Josipović, Davor Šuker, Niko Kovač, Robert Kovač, Dario Šimić, Boris Živković, Ivica Šurjak, Vlatko Đolonga, Đani Stipaničev, Goran Karan, Hari Rončević, Mate Bulić, Dragan Primorac and many others.Minister of Veterans Predrag Fred Matić and General Damir Krstičević and many others played for the other side – the joint representation of the Veterans’ Associations of the 4th and the 7th Guards Brigades – Pumas.

It was for the first time in ten years that a match was played on the eve of Victory and Homeland Thanksgiving Day and the Day of Croatian Defenders on the grass field of Dinara Stadium, the place that has today emitted a message of friendship and unity.