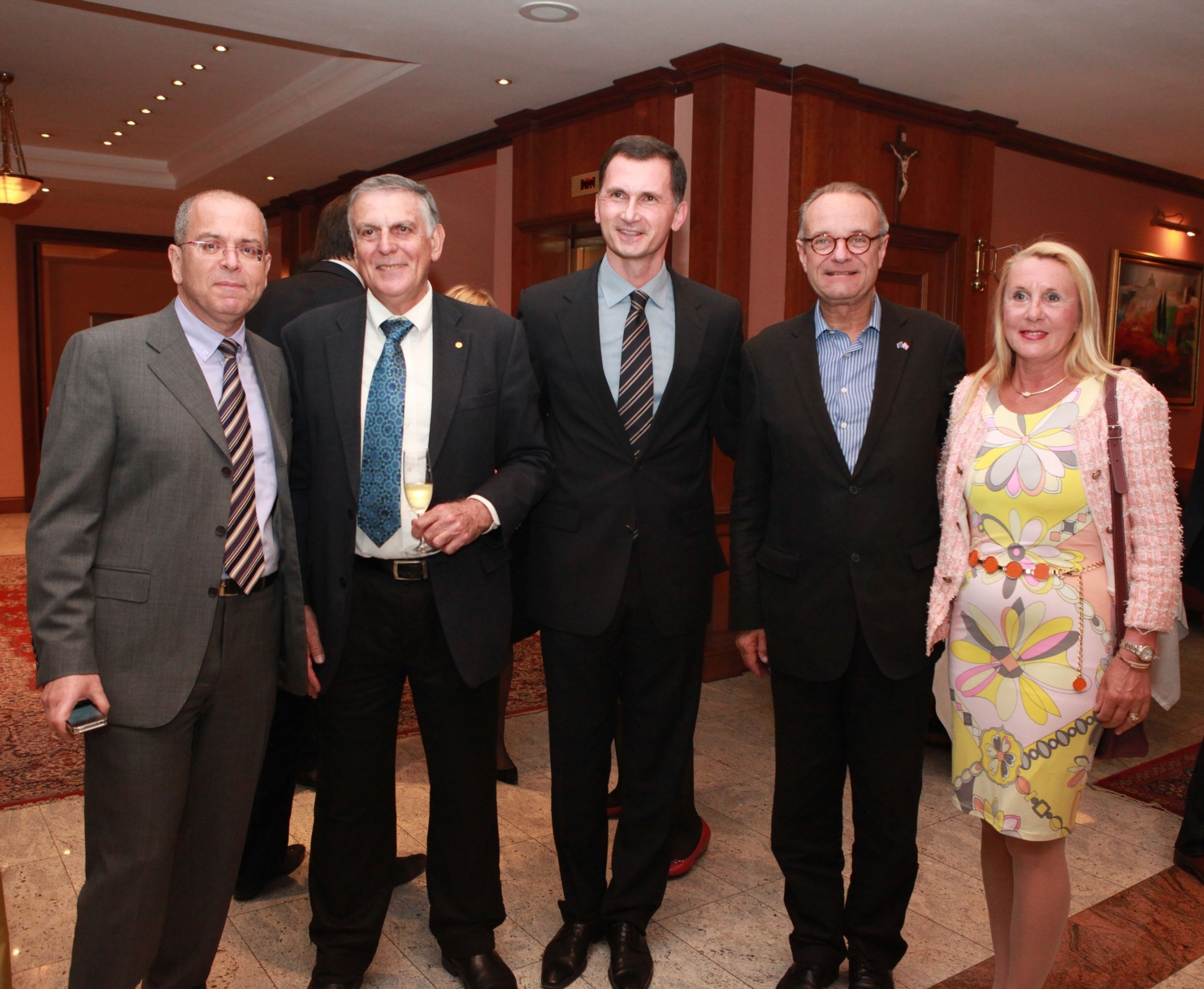 The Croatian-Israeli Business Club (CIBC) led by the President Prof. Dragan Primorac hosted the welcome reception in honor of Prof. Dan Shechtman, Nobel prize Laureate in chemistry 2011. The reception was attented by many prominent people from the diplomatic, academic, political and business life of Croatia and Israel.

Among many guests at CIBC reception were H.E. Yosef Amrani, Israeli ambassador to Croatia, H.E. Paul Vandoren accompanied by Ms Vandoren, Head of the Delegation of the European Union to the Republic of Croatia, Prof. Pavao Rudan, Secretary General of the Croatian Academy of Sciences and Arts, representatives of the top Croatian companies Mr Zvonimir Mršić, CEO of Podravka, Mr Tihomir Orešković, CEO of PLIVA HRVATSKA, Mr Ivan Krešić, Member of the Board of INA, Mr Mirko Galić, former director of Croatian National Television and Advisor to the President of Agrokor, Mr Davor Stern and many other.

The reception was a chance to reflect on the successful model of academic cooperation established between Croatia and Israel with a budget of 1 million US dollars available for scientists from the two countries.