Upcoming visit of the president of USA College Board Mr. Caperton to Croatia 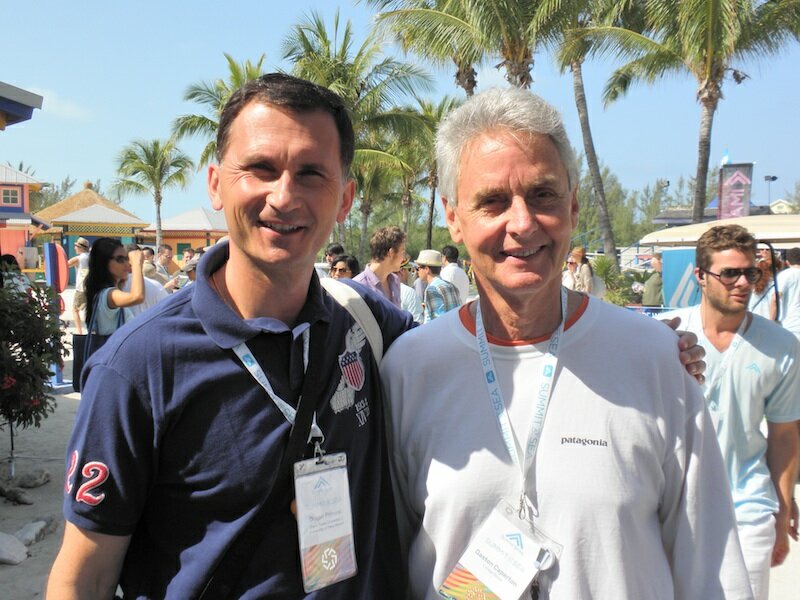 During his recent visit to USA, CIBC President Dragan Primorac met with Gaston Caperton, President of one of the most important American educational institutions, USA College Boardand his wife Dr. Idit Harel Caperton and arranged their visit to Croatia during the spring or summer of 2012.
With a series of highly influential positions that Governor Caperton (Governor of West Virginia in two terms (1989-1997) held during his political career in the U.S., Gaston Caperton, among others, was the president of the Association of Governors of the United States – members of the Democratic Party (Chair of the Democratic Governors Association). He is the eighth elected president of the USA College Board in U.S. history and holds the title of Honorary Doctor of Science at ten U.S. universities.  College Board conducts most important decisions about education in the United States, especially in the implementation of SAT tests that decide the future enrollment of students at American universities. SAT tests are the equivalent of state final examination (state matura) in the Republic of Croatia.
During his stay in Croatia, Mr. Gaston Caperton will hold a presentation on long-term strategy of the United States regarding the development of the education system, Advanced Placement Program and the concept of SAT Tests. Given the role of Mr. Gaston Caperton in American society, especially in the the Democratic Party, his visit to the Republic of Croatia will have a special significance.
Dr. Idit Gaston Caperton, is a very well known world expert in the field of epistemology and education psychology. She is the founder and CEO of MaMaMedia Inc., the executive director of the MaMaMedia Consulting Group (MCG), and founder and president of the World Wide Workshop Foundation. Also, Dr. Idit Harel Caperton is an advisor for several non-profit educational initiatives and is a regular featured speaker at universities and educational conferences worldwide. During her visit to Croatia she will hold a presentation on the impact of computer-based new media technology on the social and academic development of children and on The Globaloria Program, an online social network for learning through game and simulation production.