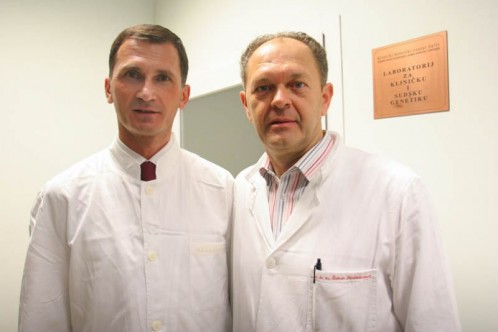 With regards to the recent terrorist attacks that killed 76 people in the Kingdom of Norway, Prof. Dragan Primorac and Prof. Šimun Anđelinović, co-founders of the University Centre of Forensic Sciences with the University of Split, offered their assistance and the assistance of their esteemed institution in a letter addressed to Mr. Henrik Ofstad, the Norwegian Ambassador to the Republic of Croatia. It is well known that the Centre is a hub for leading Croatian and World forensics who have successfully developed, ever since the outbreak of the Homeland War, the forensic person identification techniques.

The letter stated that the University Centre of Forensic Sciences was capable of teaming up the Croatian and international top experts in the fields of forensic pathology, forensic anthropology, forensic dentistry and forensic genetics, who would take part in the process of victim identification.

University Center for Forensic Science is the only institution in this part of Europe educating future experts of forensic science in the field: crime scene investigation, forensic chemistry and molecular biology, forensic science and national security, and forensic accounting.

The Centre was recently engaged in a special scientific and educational cooperation with Penn State University and the University of New Heaven which are renowned in the USA for their prestigious studies of forensic sciences.

The University Center for Forensic Science co-organized this year’s largest European conference in the field of forensic science “7th ISABS Conference in Forensic, anthropologic and Medical Genetics, Mayo Clinic and Lectures in Translational Medicine” that brought together 560 participants and 80 lecturers from 45 countries. The subjects of the congress were, among other, international fight against terrorism as well as the identification of victims of terrorist attacks and mass disasters.