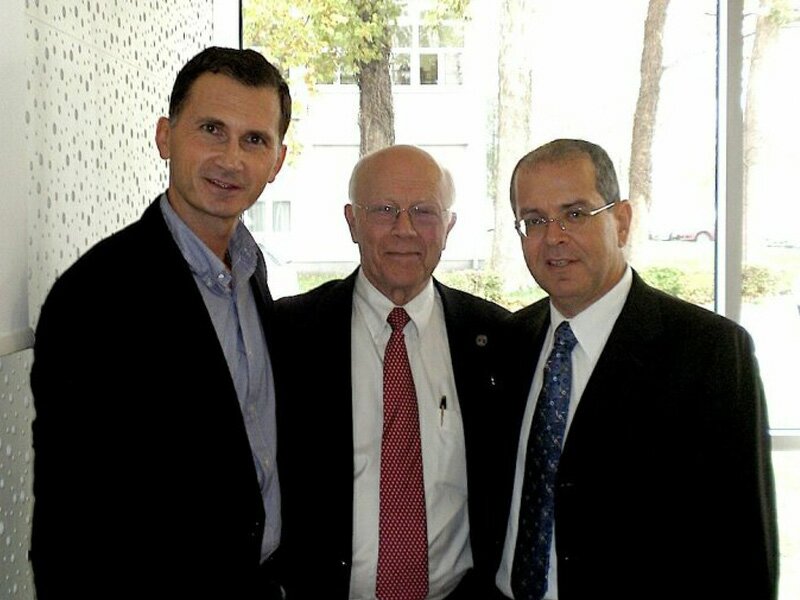 Zagreb, 27th October 2011 – Professor emeritus Uri Shamir held a lecture at the Faculty of Agriculture, University of Zagreb. On his lecture he referred to the problems that Israel carries on the management of water resources, solutions that are proposed and a strategy for the future.

Uri Shamir is Professor Emeritus in the Faculty of Civil and Environmental Engineering, and Founding Director (1992-2003) of the Stephen and Nancy Grand Water Research Institute at the Technion – Israel Institute of Technology. Prof. Shamir holds a BSc (1962) from the Technion and a PhD (1966) from the Massachusetts Institute of Technology. He teaches, conducts research and consults in Israel and around the world on hydrology and water resources management. Since 1992 Prof. Shamir has been a consultant to the Israeli Water and Sewage Authority (IWA) on matters of planning and policy, and previously (1967-92) was consultant to Mekorot, the National Water Supply Company.