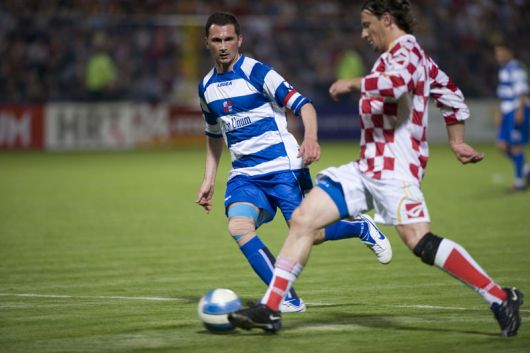 The only way out for Hajduk FC is emergence of a majority owner. Such a subject could recognize their own interests. In my opinion, the government has brought the club back out of the red figures, regardless of its future owner, but any owner cannot be a true owner, motivated to manage, invest and make returns on the investment, unless they reach down deep in their own pockets. Majority owner is needed, they are the real thing.

A record amount of 1.28 billion kuna was provided for public expenditures in sports in the 2004 – 2011 period. A hundred and seventy-nine gyms were built, more then in decades before. At the time Dragan Primorac took the office, approximately 100,000 children participated in some sort of extracurricular sport activity as opposed to 250,000 at the time of his resignation. The Sports Law favors use of gyms for the needs of children and prohibits removal or conversions of existing public sports objects. Right from the beginning, the Sports Law has prevented devastation of many sport grounds and their conversion to construction sites, such a case being the Hajduk’s legendary Stari Plac Stadium, too. The law reconciled our sport system and the relevant sport regulations with those of the EU. All previous governments have turned a blind eye to the irregularities in sports clubs because they preferred staying in power to enforcing laws. They were unwilling to risk their election results by initiating bankruptcy proceedings for sports clubs, as they were obliged to do under the Law applicable at that time.

Special Hospital for Orthopedics, Surgery, Neurology and Physical Medicine and Rehabilitation Sveta Katarina in Zabok has been operational for only six months and it has already been placed among the European centers of excellence in the field of sports medicine. It is equipped with the latest diagnostic, therapeutic and rehabilitation equipment because my friend Jako Andabak invested 60 million in the project, which features US-Israeli technology and procedures – explains Prof Dragan Primorac that part of the relationship with Hajduk. The hospital is equipped with 5 state-of-the-art operating theaters and has 25 beds. The device for magnetic resonance is “Siemens Avanto 1.5 T” equipped with the most capable software for bone and connective tissue analysis in Croatia and is currently the most advanced device of this type in the region. Among many other, Sveta Katarina hospital team treated Blanka Vlašić, Niko Kranjčar, Ivica Kostelić, Janica Kostelić, Marin Čilić, Gordan Giriček, Davor Kus, Ivo Karlović, Jelena Dokić, Mirko Filipović, Igor Bišćan, Dino Drpić… Both Hajduk and RNK Split have contracts with the hospital.