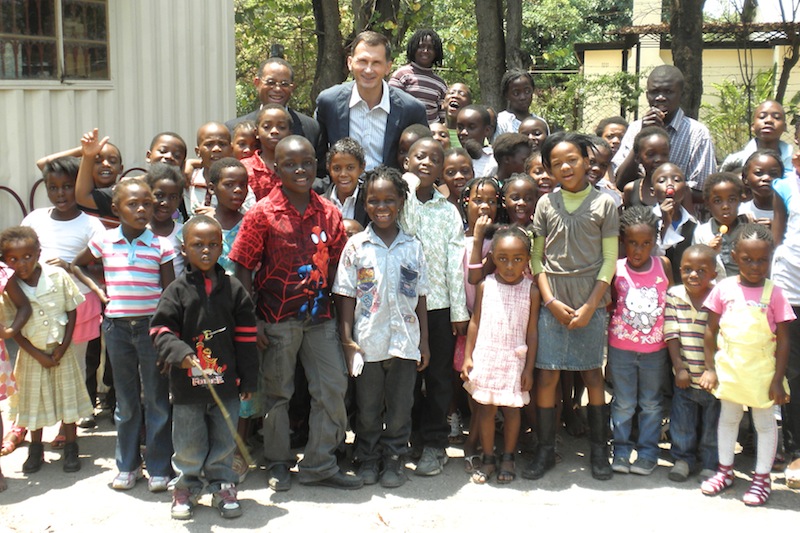 He also discussed with the Deputy Commissioner of Botswana’s police Mr. Victor Brunoh Paledi the opportunities regarding establishment of the center of excellence in forensic science and security technologies in cooperation with Croatian, American and Israeli experts.  In his view this could be the first center of such nature in Africa to serve national, regional and international needs.

During several meetings with the Vice Chancellor of the University of Botswana Prof. Thabo Fako it was underlined that the Memorandum of Understanding, signed in May 2012 between University of Botswana and University of Split, has opened the road for a strong collaboration and partnership in many academic, research and technical fields.  Prof. Primorac has extended his kind invitation to 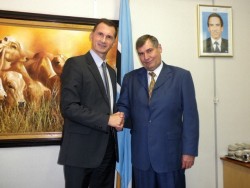 Prof. Fako and his team to pay a visit to several Croatian universities, as well as, to attend the 8th ISABS Conference on Forensic, Anthropologic and Medical Genetics, Split, Croatia, June 24-28, 2013.

Throughout series of meetings with participants from Ministry of Environment, Wildlife and Tourism (MoEWT), Ministry of Education and Skills Development (MoESD) and Ministry of Health (MoH), Prof. Primorac highlighted that contacts and potential cooperation between carefully selected Croatian and Botswana stakeholders is notably promoted by efforts of Prof. Branko Cavric, who has been living and working in Botswana with his family since 1993. All the meetings were held in a very cordial and friendly atmosphere and Prof. Primorac has stated several times that he was deeply touched by the warmth and friendliness of the people from Botswana and that he is convinced that Botswana has a bright future.

Botswana hosts from the Department of Europe and Americas of Ministry of Foreign Affairs and International Cooperation (MoFAIC) and Botswana Investment and Trade Centre (BITC) were particularly interested in cooperation with the Croatian counterparts in agriculture and agro-processing, tourism/medical tourism, health, energy, education, science and technology etc. It has been mutually agreed that after two subsequent visits and identification of local partners, it is the time for implementation of projects in pharmaceutical, food processing and education sectors.

Prof. Primorac also gave a lecture on the importance of education, innovation and new technologies in economic development. Following that Prof. Primorac was also invited to present a lecture in Ministry of Foreign Affairs. The subject of the lecture was “International cooperation in the forensic science field.”

During the celebration of the German reunification which took place on the October 3rd, 2012 in Gaborone SUN Conference Centre, Prof. Primorac met Gerard McGovern, Head of Delegation of European Union to the Republic of Botswana and SADC, Annett Gunther, ambassador of Federal Republic of Germany in Botswana and Dan Shaham, Israeli ambassador of Africa division.

After three days in Botswana Prof. Primorac and his team moved to Lusaka, where they met Minister of Foreign Affairs of the Republic of Zambia Given Lubinda who gave a great support for the partnership between Croatian and Zambian business groups. The atmosphere in the Ministry of Foreign Affairs was extremely friendly and warm and both Prof. Primorac and His Excellency Minister Lubinda showed a great fellowship and enthusiasm for further collaboration. The last day of his visit prof. Primorac met the minister of Chiefs and Traditional Affairs, Prof. Nkandu Luo with whom he discussed possible investments from the Croatian business sector.

During his visit to Zambia Prof. Primorac was accompanied with a good friend of his Bishop of Botswana Trevor Mwamba who is constantly doing an outstanding work in developing the bridge between Croatia and Africa.

A special honor was given to prof. Primorac by meeting the former President of the Republic of Zambia (1964-1991) and an outstanding African politician Mr. Kenneth Kaunda.