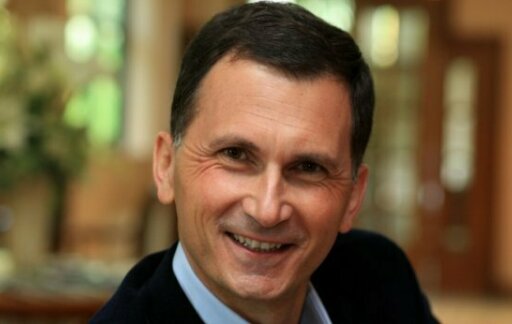 EDITOR OF JUTARNJI LIST MLADEN PLEŠE HAS BROUGHT DOWN ALL PRINCIPLES OF JOURNAISTIC ETHICS AND OBJECTIVITY, HE HAS DISCREDITED HIS OWN NEWSAPER AND JOINED IN ON THE CURRENT POLITICAL CONFRONTATIONS

In the late evening hours, Jutarnji list (Tuesday, September 27th 2011) published the following headline on its cover  „“ Primorac called into DORH – He is suspected of misappropriate acquisition of an expensive Touareg “ and another article on page three „ Primorac used his privileges as the Minister of Science, Education and Sports to buy a luxury Touareg at a privileged price”.  Subtitle reads “Suspicion: Dragan Primorac forced the director of the Croatian Standards Institute to acquire a Tuareg for him which he the used for a year and bought off for personal use”, and the text itself states that “after a year of usage, in the spring of 2008, former minister, as it is suspected in this investigation, bought off the Touareg from the Croatian Standards Institute for a very favourable price”.”

By reading this article, I realized that the chief editor Mladen Pleše (according to my own personal experience) has opted once again, as he has done numerous times before, to create his own truth, trampling on all principles of ethics, moral and professionalism.  If he wanted to act in any other manner and find out the actual truth, he could have asked a reporter named Slavica Lukić to call me and in less than 10 seconds he would have realized that we are talking about two completely different vehicles, a black Touareg which was owned by the Croatian Standards institute and which was never registered in the books of the Ministry of Science, Education and Sports, and a grey Touareg owned by a company for which I currently work and which I have been driving for over two years.  So far it has never been a case that a journalist tried to contact me and failed to reach me. Going through my phone records from yesterday, I did not have a single missed call that wasn’t returned in due time.

After the article was published (hence the damage was already done), chief editor of Jutarnji list, Mladen Pleše realizes that we are talking about two completely different vehicles (in the meantime, complete distribution of Jutarnji list was shipped across the country, I received a call from a very fair journalist Tomislav Novak to whom I gave a statement confirming that we are indeed talking about two different vehicles and he immediately connected the dots.

CHIEF EDITOR FINDS OUT THE TRUTH AND CHANGES THE HEADINGS AND SUBHEADINGS, HOWEVER, IN A VERY UNPROFESSIONAL MANNER, FORGETS TO CHANGE THE COVER PAGE

However, it is obvious that after acquiring this new information, chief editor of Jutarnji list, Mladen Pleše, became very agitated ( in the meantime the news room checked with DORH and confirmed that I am under no suspicion of acquiring or buying a “pricey” Tuareg”), but he no longer had time to fill a hole which would have appeared by cutting this false article, so he opts for another strategy and changes the heading (now page 5) into “Primorac: I will make myself available to USKOK, but this is all a mix up or mean attempt of slander” but in his tardiness he doesn’t change the cover page which remains the same “ Primorac called into DORH – He is suspected of misappropriate acquisition of an expensive Touareg”.

In Croatia today ( for which I believe it is heading towards democracy however slowly and painfully) every person (regardless of the fact that a source may be anonymous) has to answer to the authorities ( which I will also do and I will make myself available to the County State Attorney’s office, even though I have no connection to the allegations of fraudulent use of authority) and give a statement since there is no question that it only takes few minutes for the truth to come out in cases where people have nothing to fear or hide. If riding in several cars (owned by the Republic of Croatia) was indeed the biggest problem of this country, then all former, current and future in the Republic of Croatia, including members of the Government should be subpoenaed by the State Attorney’s office. Indeed, great collective change of consciousness has to occur in the democratic Croatia and accusations which were seen only during a totalitarian regime must cease.

RESIGNATION OR DISMISSAL OF THE CHIEF EDITOR MLADEN PLEŠE

Given that I have spent many years of my life in countries that nourish the principles of Western democracies I know that Mr. Mladen Pleše, chief editor of Jutarnji list, as well as his journalist Slavica Lukić, would have to look for another place of employment after the string of omissions and accusations stated in this article. This would have to occur for two reasons, firstly because the owner of the publication, to no fault of his own, would have to pay massive punitive damages due to the incompetence of his employees, and secondly,  because the credibility of such an editor / journalist in the circle of relevant colleagues from the media would no longer exist. It goes without saying that in the Western democracies pressure on the media represents an en equal danger as the misuse of the media so it all begins and ends with that. Given that Croatia is standing on the entrance of the European Union, all moves that politicians make towards the media are evaluated, but so is the misuse of media by those who have the power to do so.  In countries where democracy is a way of living and where journalistic profession represents the foundation of all democratic processes, it was the journalistic societies that were always the first (regardless of any professional interests) to report on and distance themselves from those who demolished the fundament of honesty and ethical values.

Among other things, my own contribution to the development of Croatia as a democratic society will be to raise the awareness about the accountability of the chief editor of Jutarnji list in all places necessary (both within and outside the Republic of Croatia), and from a legal standpoint Mr. Mladen Pleše and Ms. Slavica Lukić (if she is responsible for the article) will have the opportunity to explain the reasons behind their article in front of the independent Croatian justice system and bear all legal consequences of their irresponsible and morally questionable actions.