A homeless war veteran moved into a flat in Varoš, a district of the city of Split 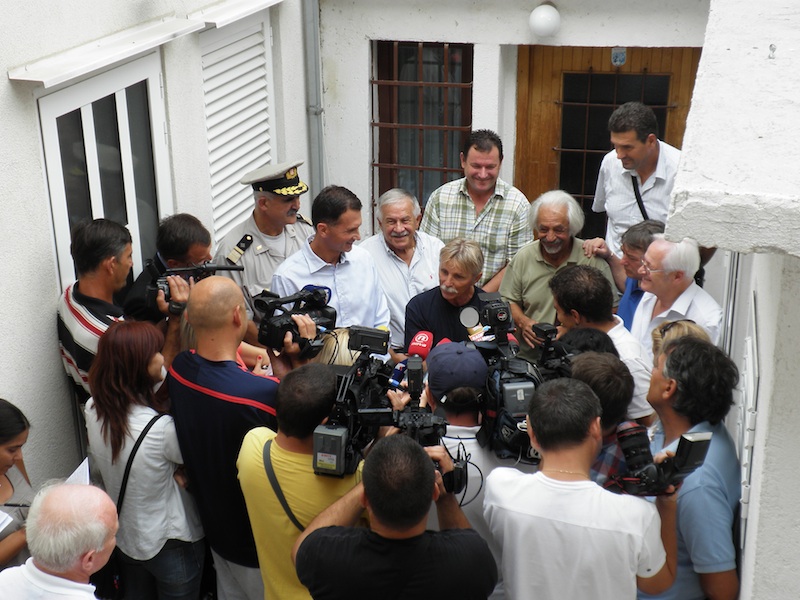 Helping hand of The Primorac’s Society

A homeless war veteran moved into a flat in Varoš, a district of the city of Split

“I’ve been through the war in Croatia, Bosnia, been here and there and now, today  – thanks to  good people –  I am moving  into a flat. I’d like to send regards to my ‘Japs’ with whom I was with when the bullets flew around our heads. I am happy now, but I feel some kind of pressure in my chest, what do I know… – said Alenko Barač Roje, discharged Homeland War veteran and a homeless person trying to suppress his tears after he received the keys of the flat in Varoš from the president of the Cro Unum Society  Dragan Primorac. After he came back from the war, which he joined  voluntarily, he lived on a boat for a while, but for the last ten years his home was a caravan parked in Poljud. The Society will support him by paying his rent for a period of one year in hope of finding a permanent solution with the Ministry of Veteran’s Affairs.