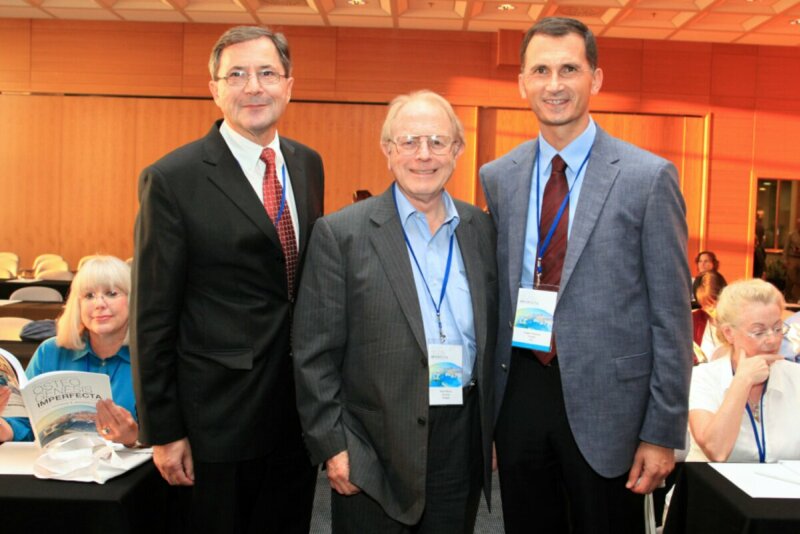 Organized by three sections of Croatian Medical Association (Croatian Society for Infant Orthopaedics, Croatian Society for Human Genetics, and Croatian Society for Rare Diseases) and the International Society for Applied Biological Sciences, the 11th International Conference on Brittle Bone Disease, the most important international event on the disease was opened in Dubrovnik (Hotel Palace Dubrovnik) by Prof. Darko Antičević (orthopaedist actively treating patients suffering from brittle bone disease) and Prof. Dragan Primorac (scientist whose team explained the mechanism leading to mild variation of the disease in early 1990s). The conference was held under the patronage of EURORDIS – European Alliance for Rare Diseases. The participation is scored according to to the Rules of the Croatian Medical Chamber.

Osteogenesis Imperfecta (OI) or brittle bone disease is a multisystemic disease – that among others – is mostly manifested by a large number of fractures starting in early childhood, which very often leads to multiple deformities. The clinical picture of mild brittle bone disease resembles the one belonging to osteoporosis – one of today’s most frequently occurring diseases – so the new discoveries in brittle bone disease treatment can play a crucial role in developing a cure for osteoporosis. The studies conducted so far indicated that apart form the Type-I collagen (the human body’s most abundant protein), ten different genes are responsible for the appearance of this disease.

The world’s leading medical experts in the field took part in the conference, including Prof. David Sillence, the author of the classification of the OI; Prof. J. Marini, leading scientist for molecular treatment of the OI, and Prof. F. Glorieux who is worlds leading expert for biophosphonates treatment of the OI. More than 150 leading scientist and doctors (orthopeadists, geneticists, endocrinologists, paediatricians, rehabilitation specialists, otolaryngologists and others) from more than 37 countries will take part in planned discussions on diagnostics and treatment (along with new research results and news in cellular and gene therapies). In brief, the excellent scientific event will bring together the world’s “creme de la creme” in the field of research and treatment of the “glass bone disease” – Osteogenesis Imperfecta.